Floods are among the most significant natural hazards in the Alps. Photo: pixabay

Persistent rainfall increases the fear of flooding. During flood events, rivers and streams can transport large amounts of sediment as well as a lot of water, which can lead to severe mudflows and considerable damage. Floods are therefore among the most significant natural hazards in the Alps. The increase in extreme precipitation due to climate change will further increase the risk of such events. This has now been confirmed by research conducted by scientists at the University of Graz and Graz University of Technology using the Schöttlbach in Upper Styria as an example. The results provide an important basis for better hazard assessment and damage limitation.

In 2011 and 2017, the Styrian town of Oberwölz experienced particularly bad floods with severe mudflows. "In 2017 alone, well over 100,000 cubic metres of sediment material were mobilised in the catchment area of the Schöttlbach, of which only 30,000 cubic metres could be collected in an existing retention basin," says Wolfgang Schöner from the Institute of Geography and Regional Sciences at the University of Graz, illustrating the extent of the masses moved. The consequences included mudslides as well as destroyed roads and thus enormous damage.

In order to be able to estimate the further development of this natural hazard, the researchers simulated various scenarios for the near and distant future up to the year 2100 using the Schöttlbach as an example. To do this, they combined models of runoff and sediment transport with extensive data from field measurements and sensors in the area of the Schöttlbach. Lasers and cameras mounted on drones to determine erosion areas, radio transmitters integrated into stones and metal plates with acceleration sensors installed in torrent beds to measure sediment transport, precipitation and runoff stations as well as a variety of other measurement methods were used to obtain data bases for the modelling carried out.

Torrents can no longer recover
Climate change is increasing the risk of more frequent heavy precipitation. For alpine rivers like the Schöttlbach, extreme flood discharges will increase by up to ten percent by the end of the century, according to the calculations of the Graz researchers, Schöner summarises one result of the study. "If torrent systems, including their bank slopes, do not have time to stabilise again between such floods, disproportionately more silt and debris is carried along each time," the scientist explains. Floods that follow one another at intervals of less than ten years are therefore particularly critical. In this case, even smaller events could become a problem. "It can therefore be assumed that the quantities of transported sediments will become larger overall. This should be taken into account in torrent engineering in the future The results of this project can thus be incorporated into the dimensioning of protective structures such as bedload barriers," says Josef Schneider from the Institute of Hydraulic Engineering and Water Resources Management at Graz University of Technology.

The project >>RunSed-CC "Modelling future runoff and sediment transport in alpine torrents"<< was financed by the Austrian Climate and Energy Fund. 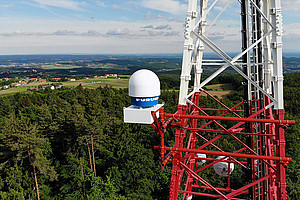 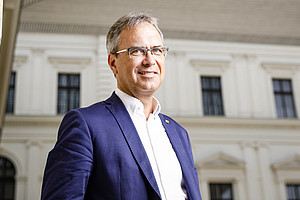 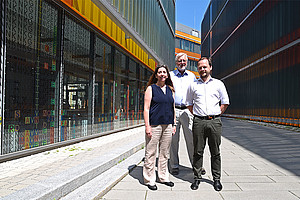